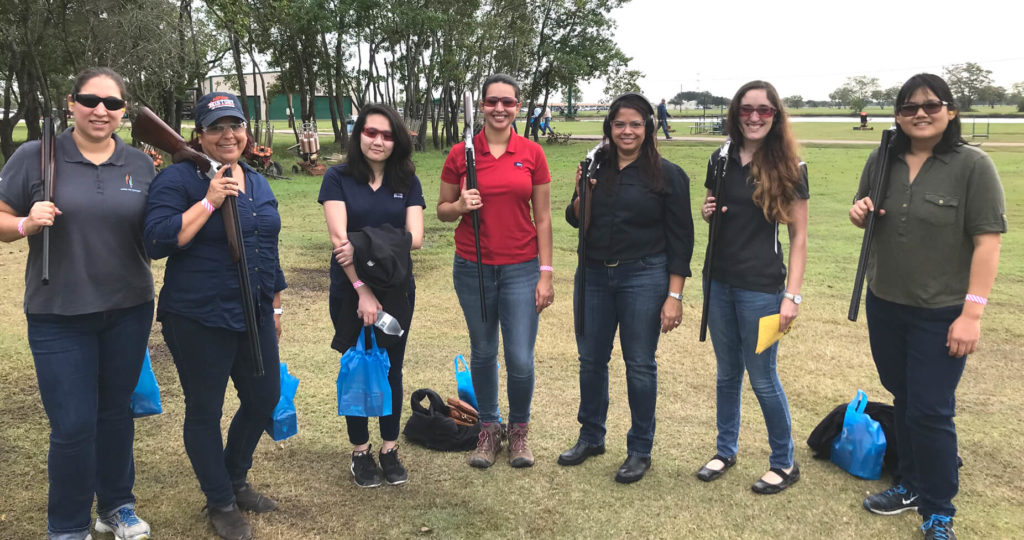 Typically in October each year, WEAT’s annual sporting clays tournament hosts over 100 shooters of all skill levels. Lessons and gun rentals are available for beginners and the tournament boasts heavy competition for our experienced shooters and a beneficial warm up prior to starting the event. Shooters are grouped in teams of four and shoot a total of 50 rounds across 10 stations (ammunition and eye/ear projection included with registration fee). Mulligans are available for purchase, as well as warm-up games prior to the event start. After the shooting concludes, all participants gather back in the clubhouse for lunch, cold drinks (yes- adult beverages too!), and tournament results. Teams are broken out into prize tiers, so shooters are competing against others of a similar skill level. 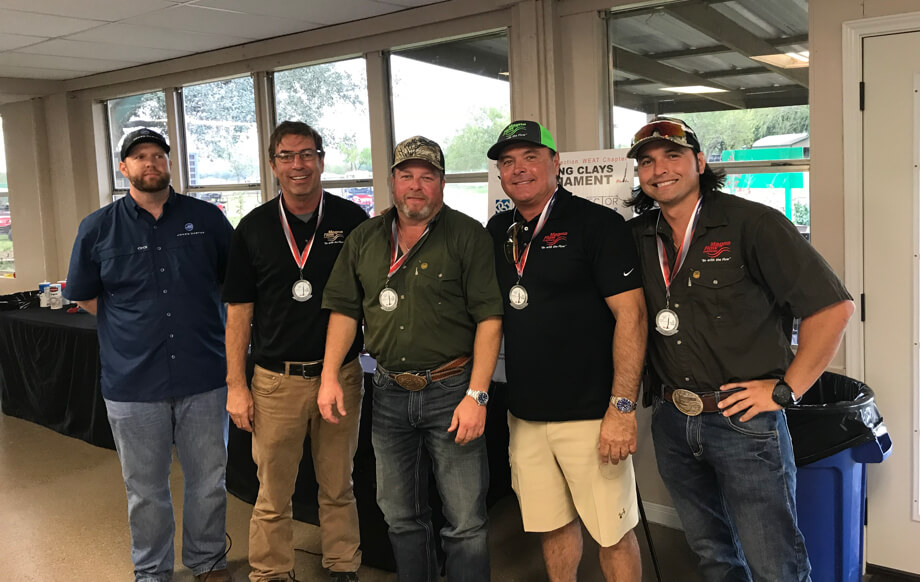 In 2021, WEAT introduced celebrity shooters and auctioned off 3 guest shooters from the industry to join an existing team. Celebrity shooters included Shannon Dunne, City of Houston Senior Asst. Director WW Operations, Robert Upton, City of Pearland Director of Engineering & Capital Projects and Jeff Masek, City of Houston Asst. Director Capital Projects/Facilities. It was such a success, the committee plans to bring it back in 2022!

In addition to our participants, this event wouldn’t be a success without our sponsors; the 2021 event raised over $10,500 for WEAT’s scholarship fund! Scholarships of varying amounts are distributed annually to select WEAT members and their children who apply and are studying in the field of water resources.

Our NEXT EVENT IS OCTOBER 14th, 2022 at the American Shooting Center. Come for a fun-filled day of shooting, conversation, food, drinks and prizes, all while raising money for a non-profit, educational organization supporting individuals who are currently and will eventually be responsible for our water environment.

To participate, volunteer and/or sponsor out next Sporting Clays Tournament, please contact the Clay Shoot Chair 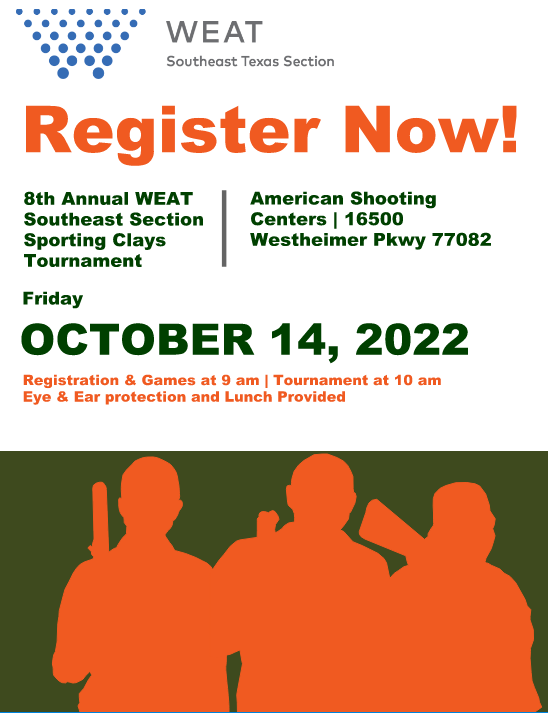 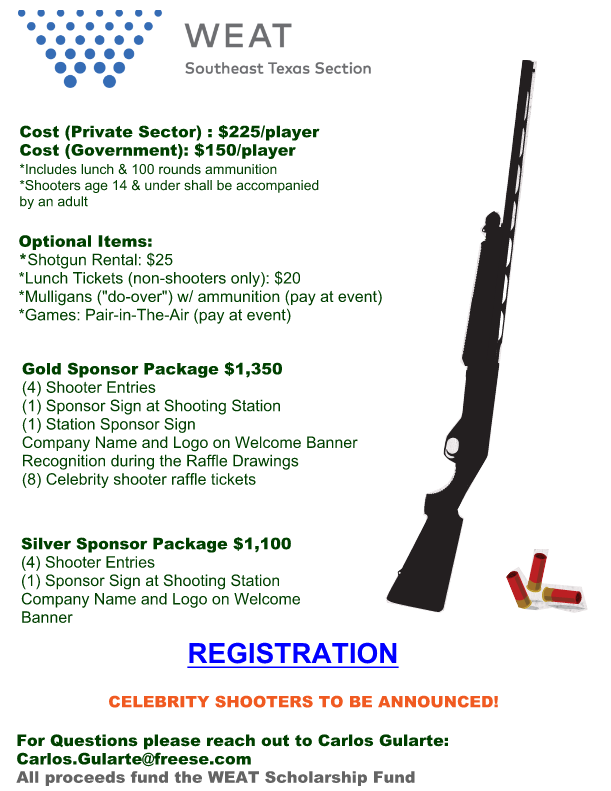